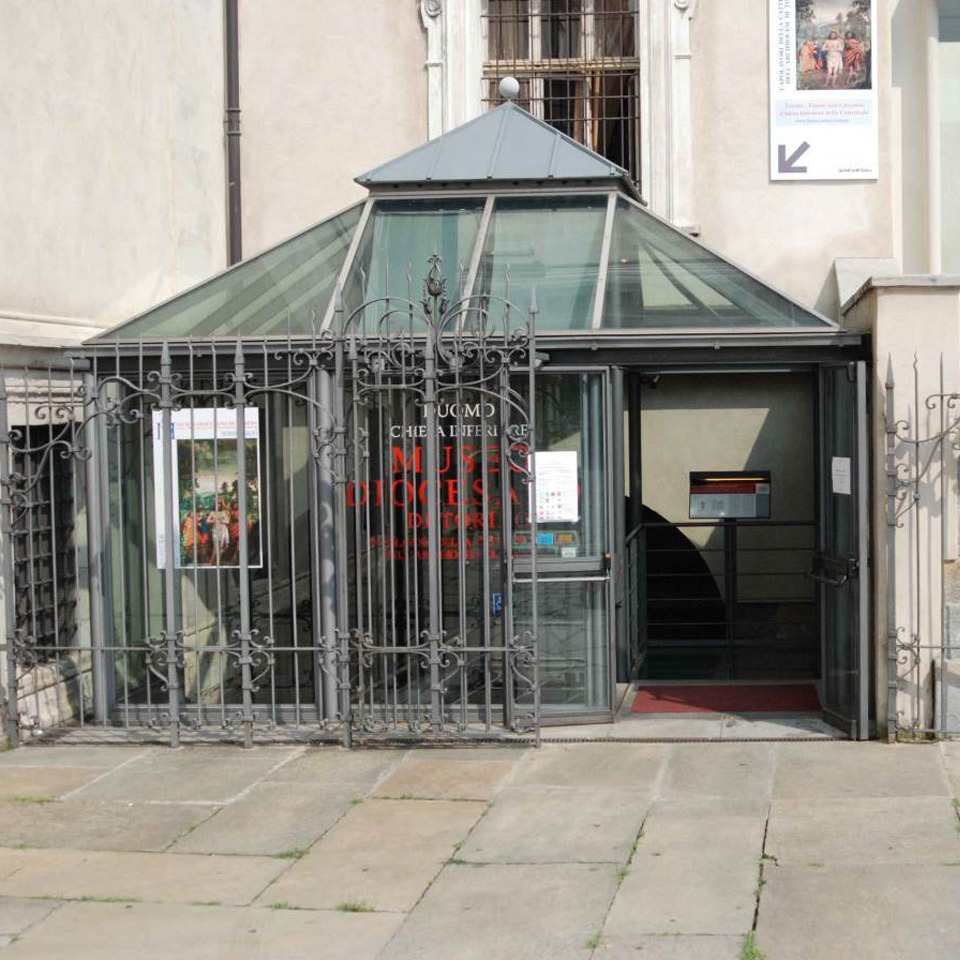 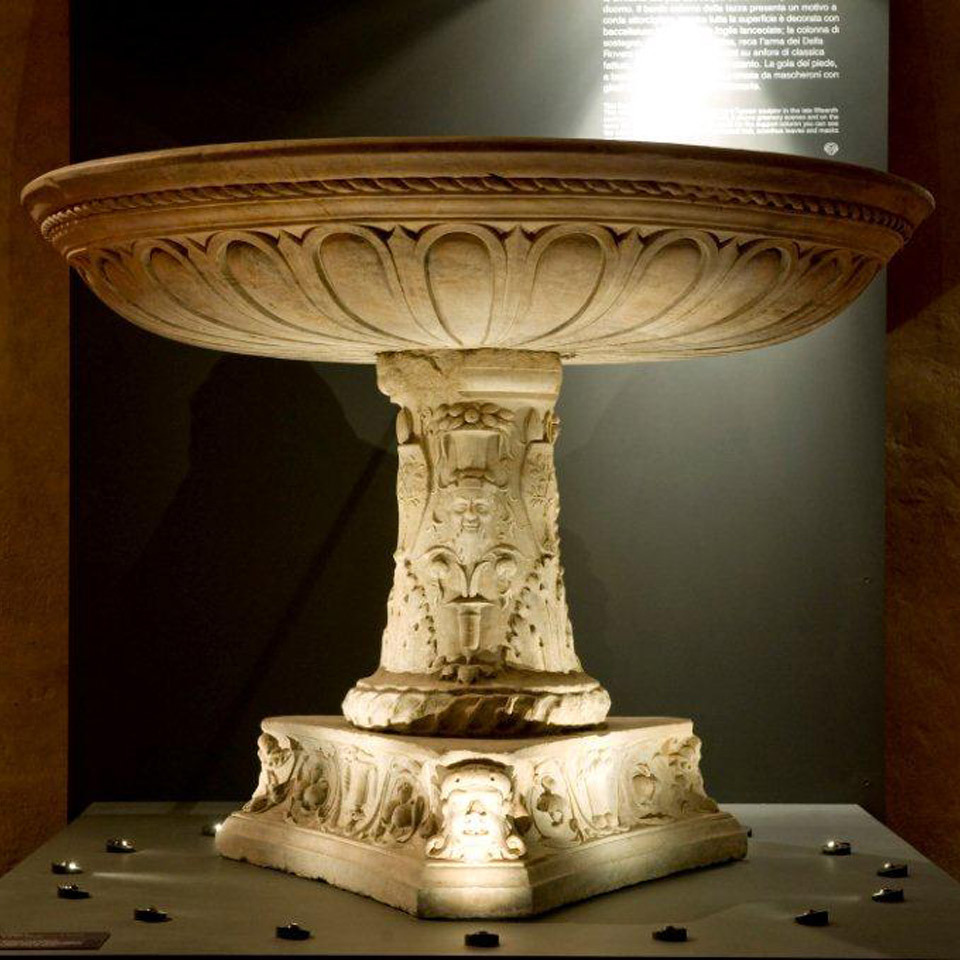 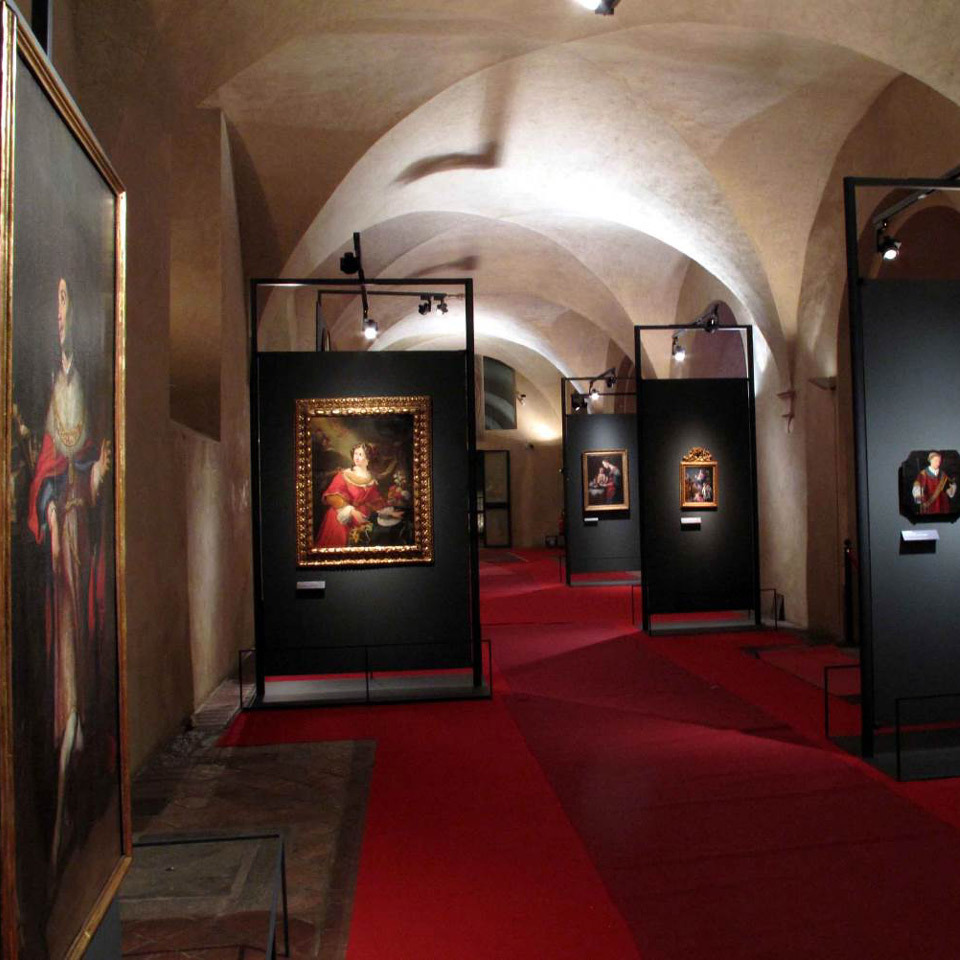 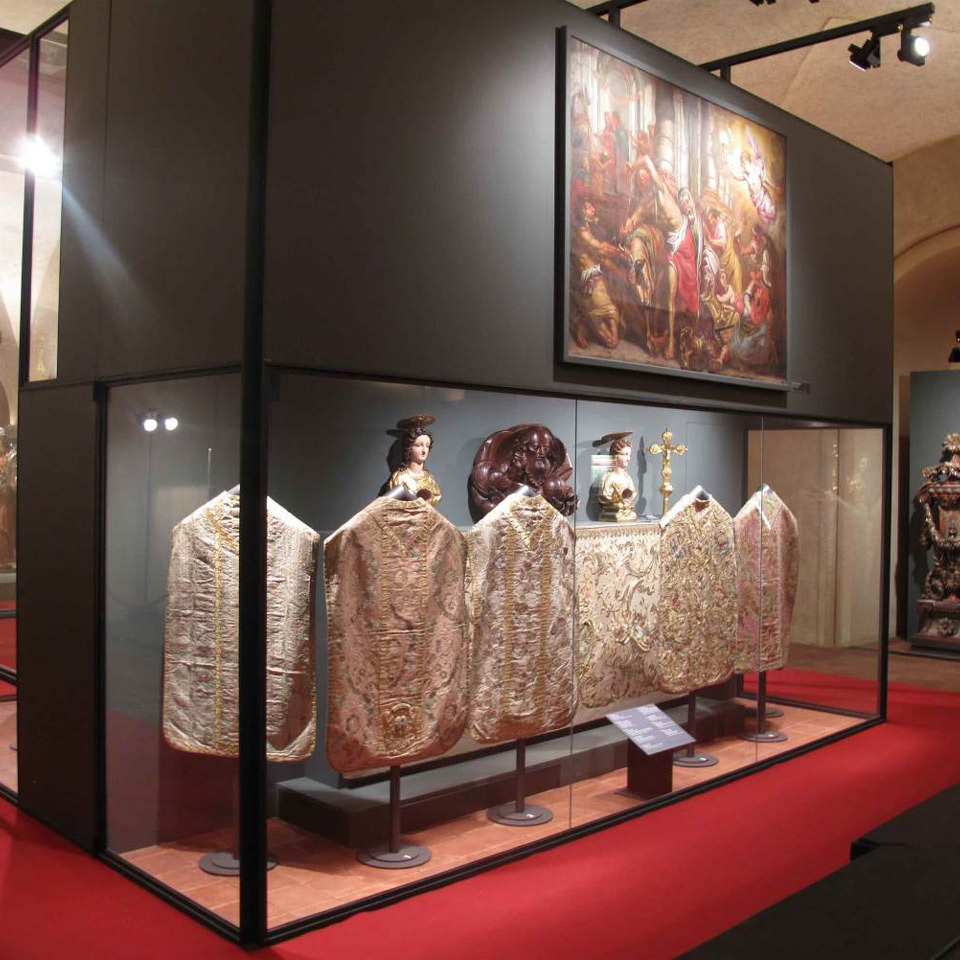 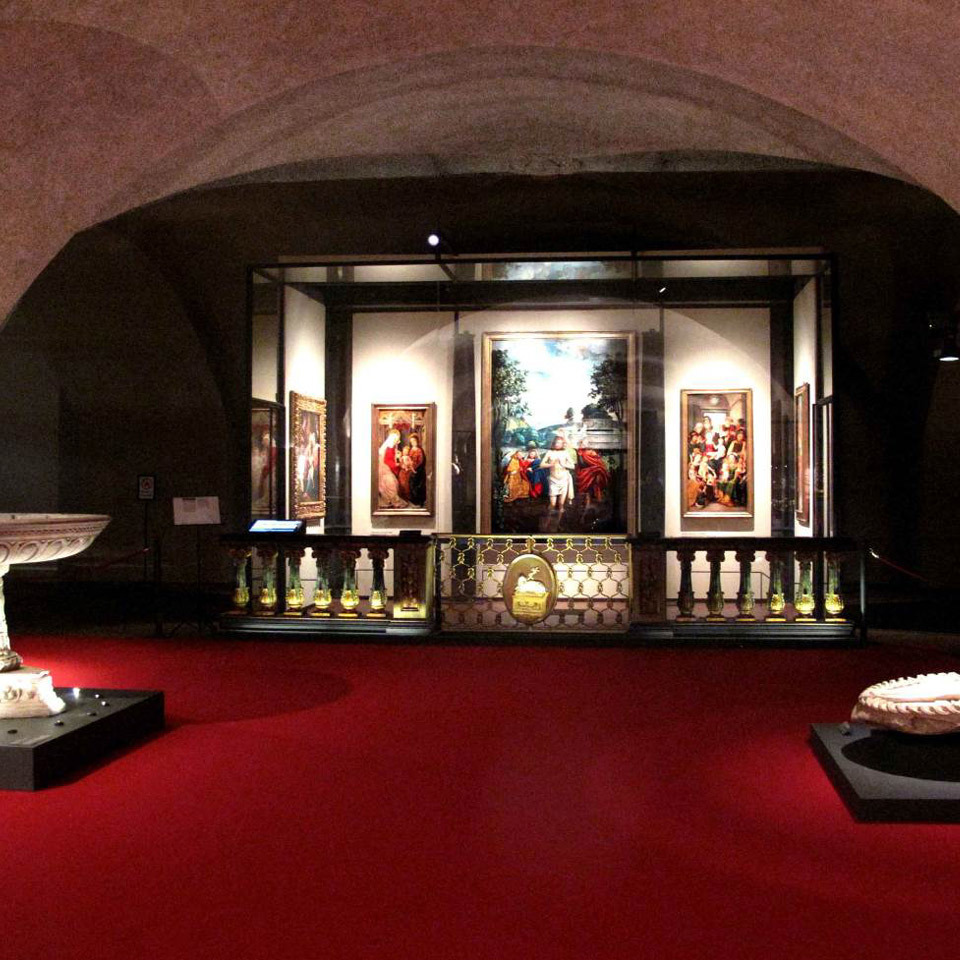 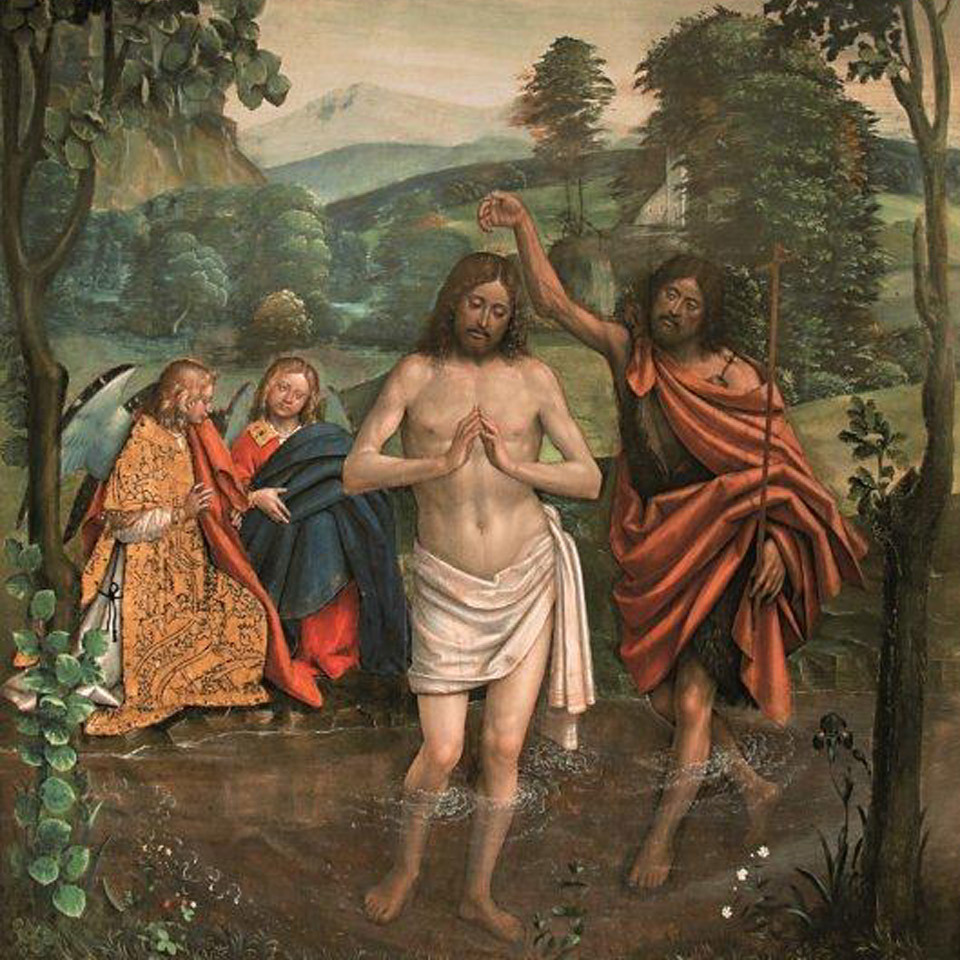 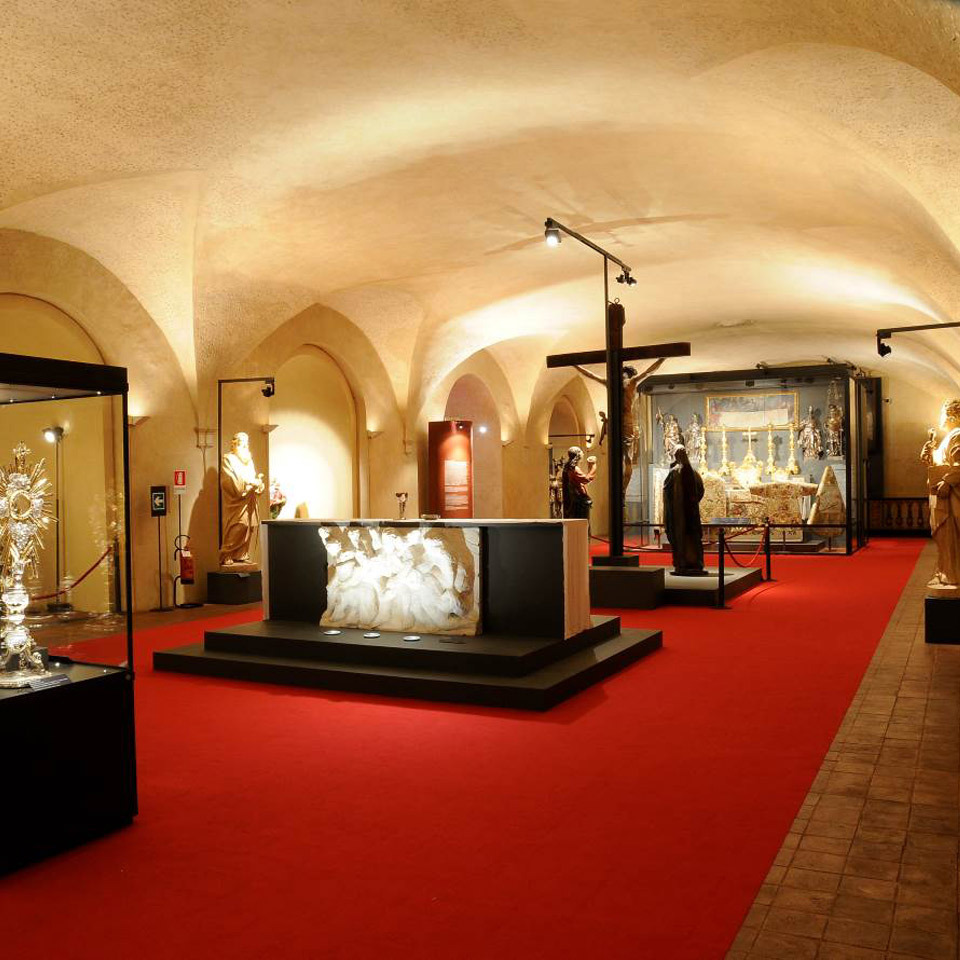 As Cardinal Domenico della Rovere wrote, the Lower Church should be considered a church in its own right, which the cardinal intended to serve as a mausoleum and, together with the Upper Church, replace the memory of the demolished medieval churches in the minds of the worshippers. The size and architectural dignity of this enormous space make it one of the emergent hubs – long kept in obscurity – of the cathedral church of Turin and was originally an integral part of the Upper Church. The church has retained its Renaissance form, characterized by outer walls with rectangular windows overlooking the piazza that illuminate the nave, marked by massive central piers and a vaulted ceiling that distinguishes the low space of the underground area. The keystone bears the crest of Cardinal Della Rovere, who built the new cathedral. The Lower Church faithfully mirrors the plan of the floor above, from which it is accessed via stairs in the outer wall. There was also an entrance from the outside, beneath the stairs on the façade. Only the room initially used as a sacristy in the 16th century was profoundly conditioned by the presence of the foundation piers of the chapel of the Holy Shroud. It is separated from the nave by an unbroken wall, erected at the end of the chancel. From the 16th to 19th century it was used to house the remains of the Savoy family, as testified by the large crosses found on the plastered surfaces. During these excavations the layout of the Early Christian basilica of San Giovanni was traced. Together with the finds at Santa Maria, it offers new information on the plans of three Early Christian churches that existed before the current cathedral.

The museum’s exhibition narrative has been conceived to concentrate the visitor’s attention on several particularly important moments of the Christian Event, illustrated by architectural, artistic and archaeological testimonies. Once inside, the itinerary traces the main stages of the baptismal and Eucharistic liturgies in their historical-artistic progression. Particularly important pieces are the 15th-century baptismal font of Turin Cathedral, the baptistery adjoining the basilica of the Salvatore, the panel depicting the Baptism of Christ by Martino Spanzotti and Defendente Ferrari (1508) and the gold objects. The Tridentine altar is particularly noteworthy, and has been faithfully reconstructed with the sacred furnishings used during Mass: vestments, altar-cloths, jewels and statues, in Baroque style. The itinerary in the main room is completed by the wooden sculptural group of the Crucifixion, the marble host box and an 18th-century silver reredos. The Marian cult is also highlighted, not only by sculptures and ex-votos, but also by the altar dedicated to Our Lady of the Rosary. The museum visit is completed by the art gallery, which houses altarpieces and paintings associated with popular devotion to the Virgin Mary. Placed above altars from the 12th century onwards, their purpose was to celebrate the figure of Christ, the Virgin Mary or the saint to whom the church was dedicated. 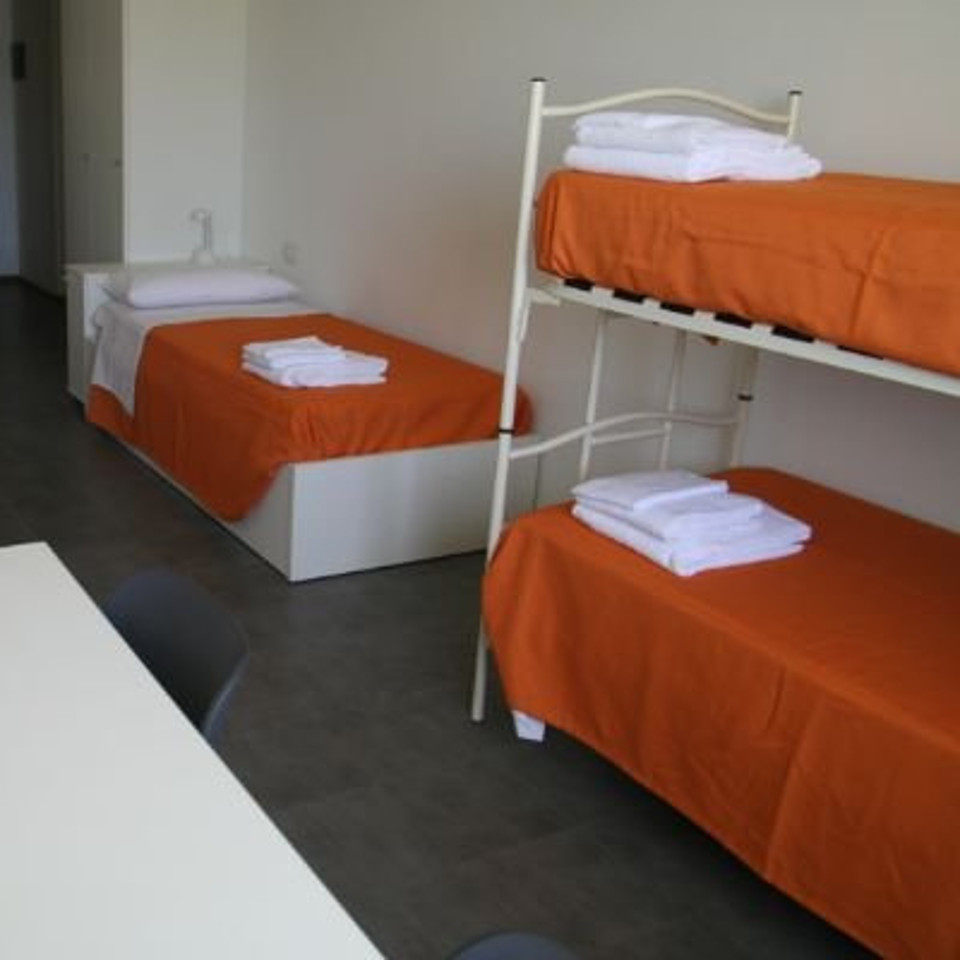 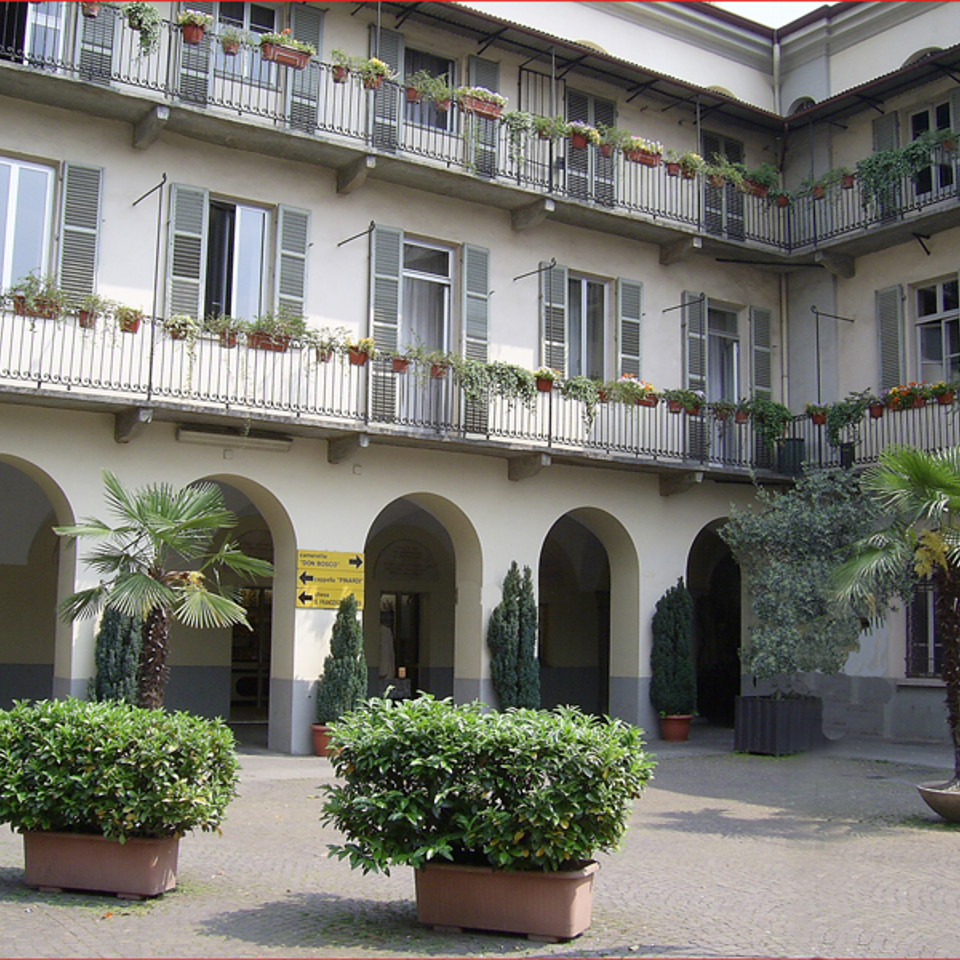 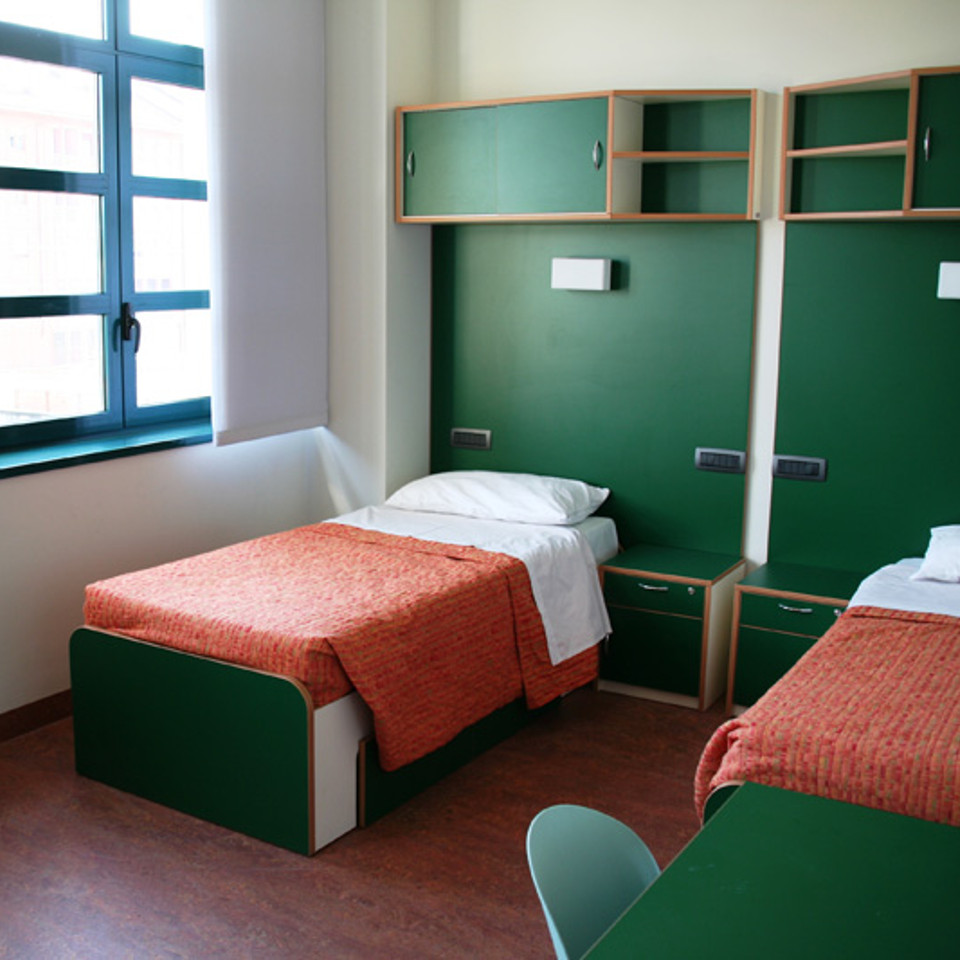