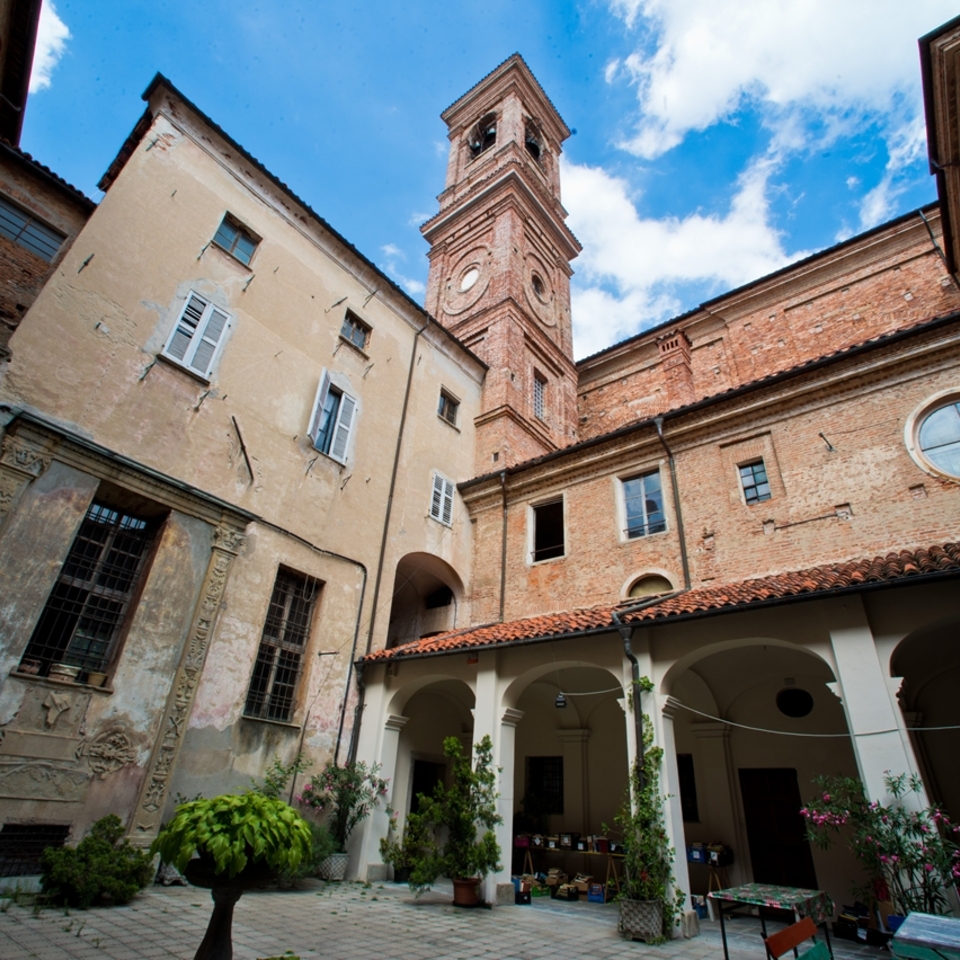 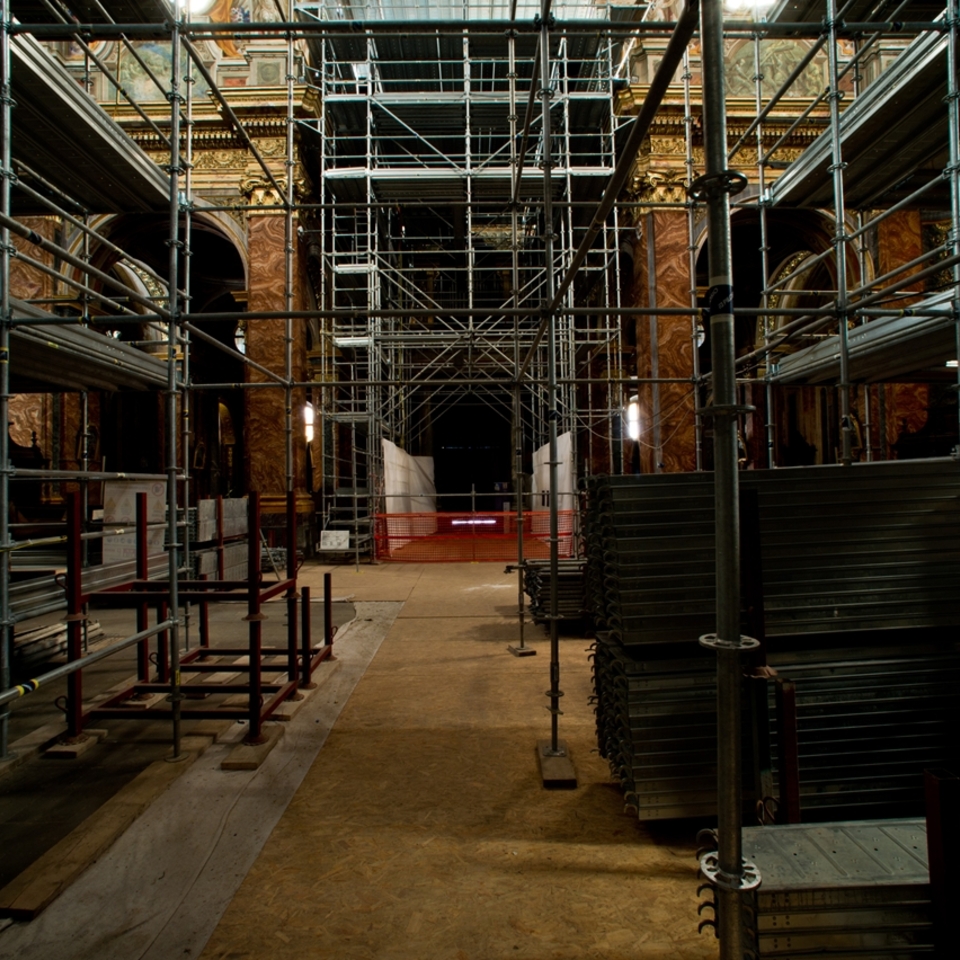 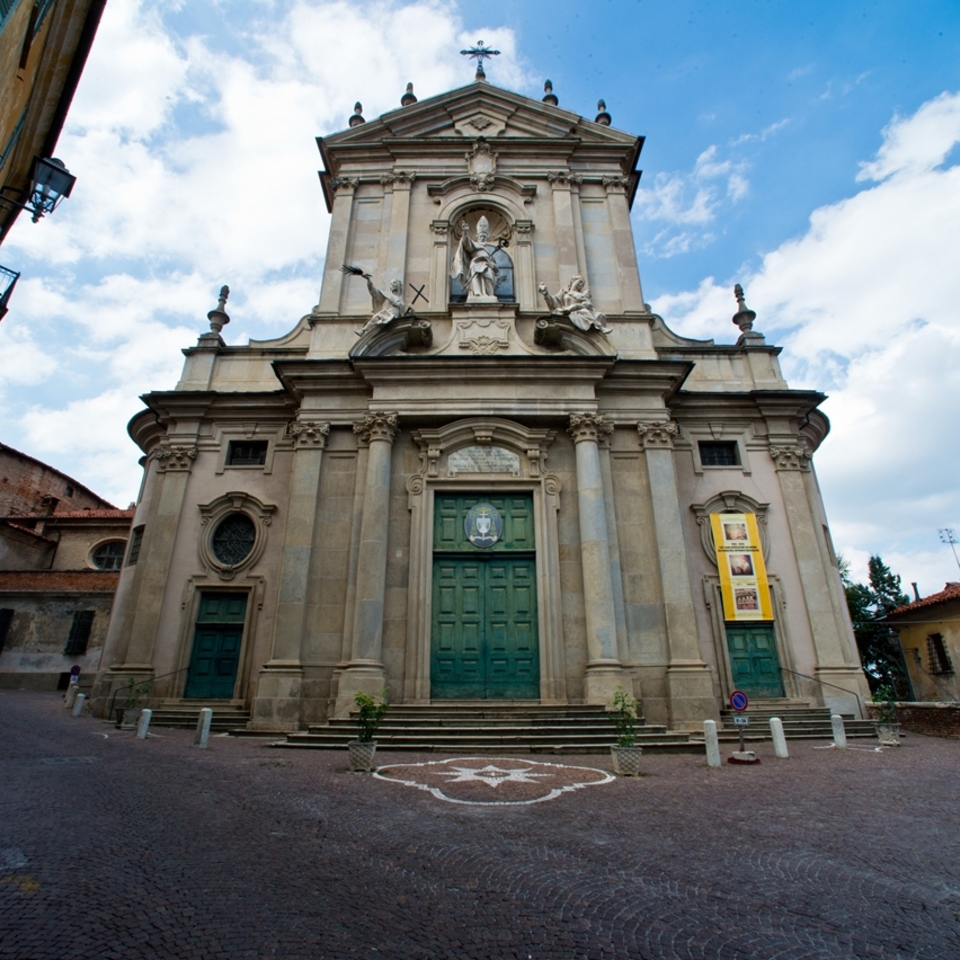 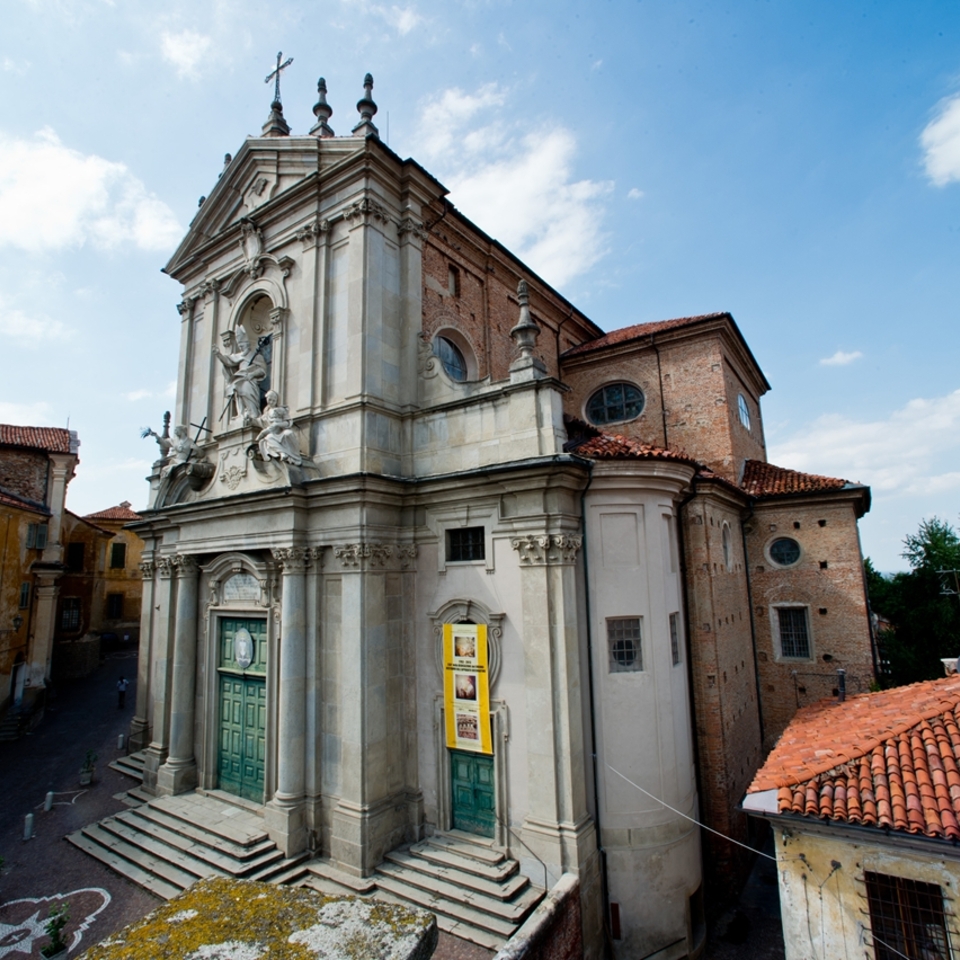 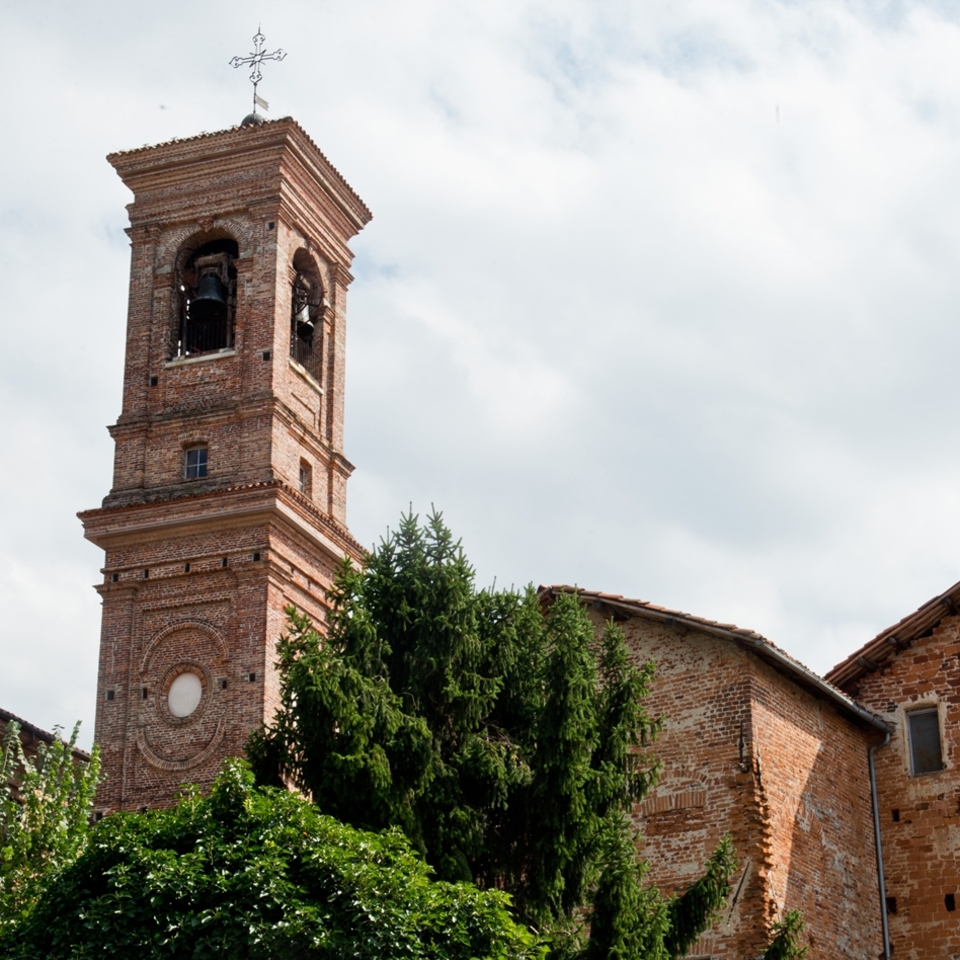 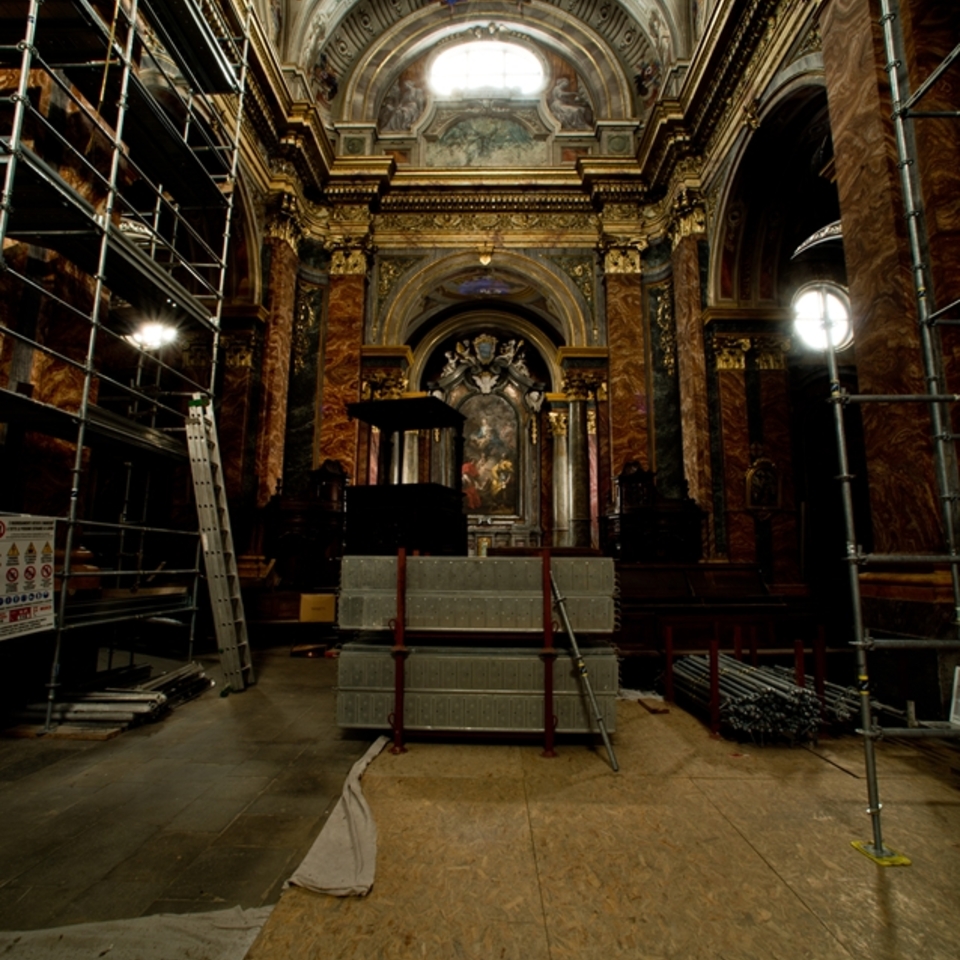 Situated on the site of the old church of San Francesco, the cathedral was designed by the architect Francesco Gallo and built between 1743 and 1753. It was completed ten years later with the extension of the chapel of the Santissimo and the Bishops’ Crypt, and was consecrated by Mons. Casati on 4 September 1763. The portal of the monumental sandstone façade is surmounted by a statue of Saint Donatus between the figures of Faith and Charity by Giuseppe Quadrone. The cathedral has a Greek cross plan with a nave and two aisles, lengthened in the presbytery and the choir. During the 19th century its sumptuous decoration, enriched with stucco and paintings, was entrusted to the painters Morgari, Hartman, Gounin and Vinaj. The side altars have fine canvases: Saint Andrew by Felice Biella; The Virgin of the Immaculate Conception with Saints Charles and Felix by Mattia Bortoloni; Saint Mary of Mercy with Saints by Domenico Piola; The Passing Away of Saint Joseph by Sebastiano Taricco; The Last Supper by Andrea Vinaj; The Eucharistic Miracle of Turin by Hartman; Saint Lawrence by Francesco Mayer. At the end of the right aisle is the Suffrage Chapel, clad in polychrome marble with a white alabaster crucifix carved by Giuseppe Giudici. The vault painted by Giovenale Bongiovanni is a gem of Piedmontese Rococo art. The Renaissance-style wooden choir in the apse is from the charterhouse of Casotto. On the left of the presbytery is the vestibule, with walls inset with marbles from the old cathedral (transformed into a citadel by Emmanuel Philibert), a Renaissance altar with statues of the Virgin and Child between John the Baptist and John the Evangelist, made by Giovanni L. Sormani in 1507; and fragments of a 15th-century fresco depicting the Adoration of Christ, Saints Francis and Clare and an exceptionally delicate Virgin and Child. The huge chapter room is adorned with fine 17th and 18th-century canvases, a precious silver monstrance and the richly illuminated 15th-century missal with Late Gothic miniatures that belonged to Saint Pius V (Bishop of Mondovì, 1560–66). The 15th-century frescoes from the earlier convent complex can be seen in the vaults of the cloister next to the building.

An illustrious bishop: Saint Pius V. From the foundation of the diocese in 1388, the cathedra of Mondovì saw a succession of prominent figures. They include Antonio Michele Ghislieri, who was the 20th Bishop of Mondovì between 1560 and 1566. Born in Bosco Marengo (Alessandria) in 1504, Antonio Michele Ghislieri joined the Dominican Order at the age of 14. He was appointed cardinal in 1556. In 1560 the Holy See appointed him Bishop of Mondovì. Upon his arrival in the city, he ordered and made pastoral visits to several places, staying in Mondovì until 1566, when he was elected pope with the name Pius V. A man of rigorous morals, during the six years of his episcopate, the future Saint Pius V revived the faith in the parishes and diocese of Mondovì, and influenced contemporary culture. At the time Mondovì was home to a prestigious university and was enjoying its moment of greatest development. Up until a few years before Ghislieri became bishop, the cathedral, consecrated in 1514, stood on the hill opposite the current site. Demolished in the 1560s to make way for the citadel commissioned by Emmanuel Philibert, all that remains of the magnificent structure today are a few fragments that were moved to the 18th-century cathedral. 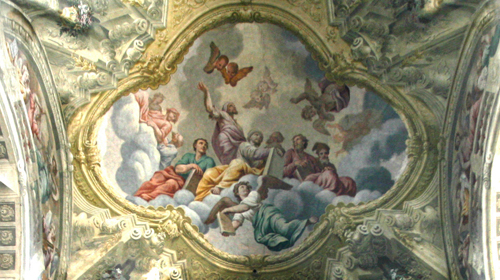 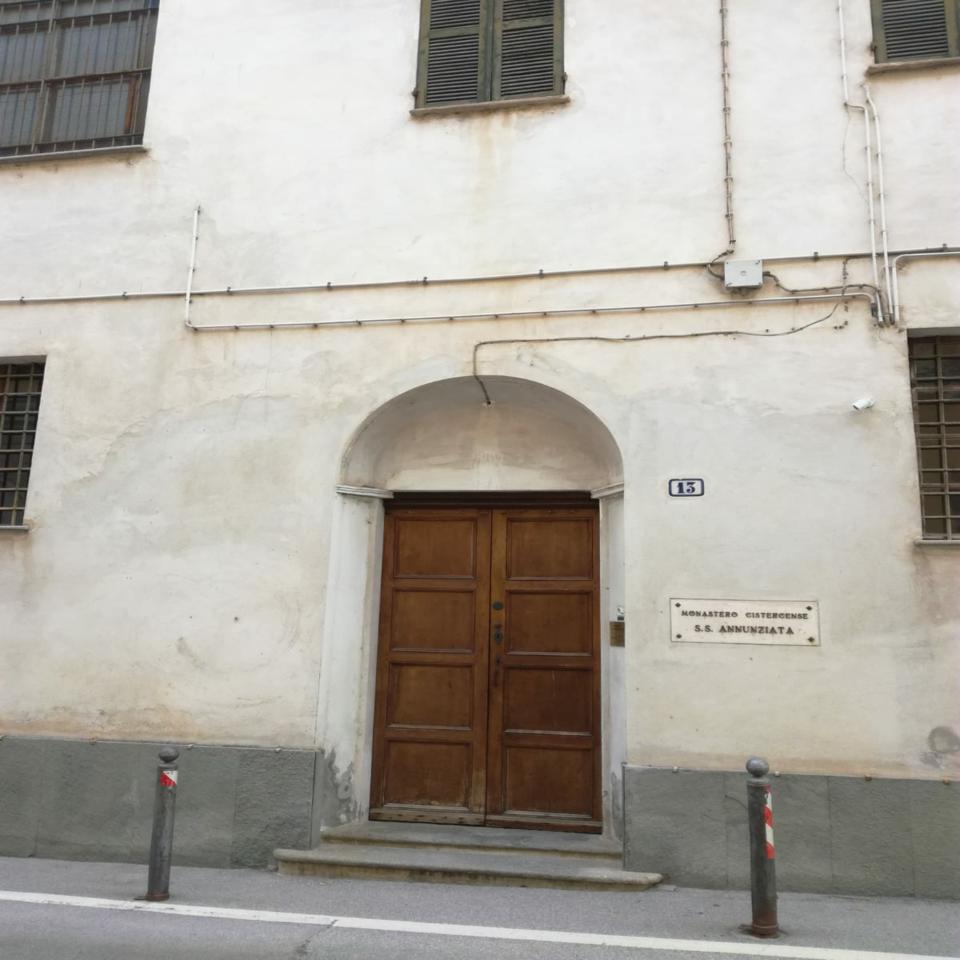 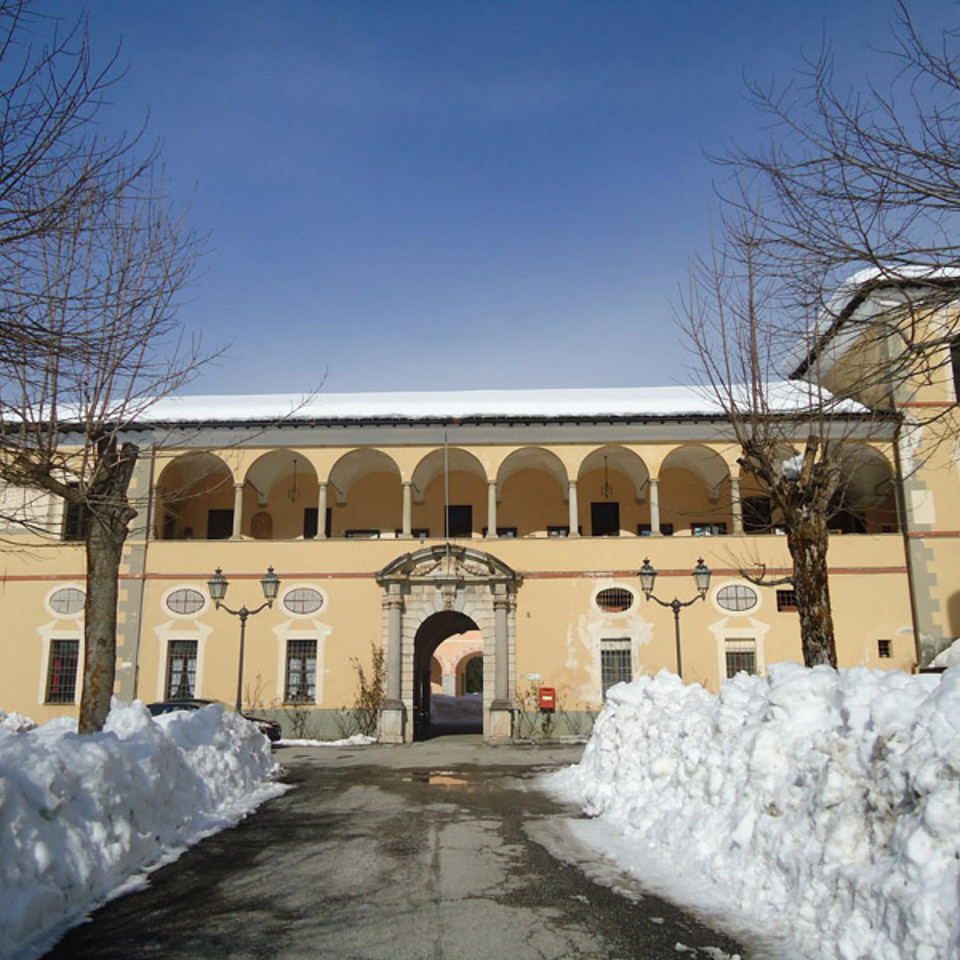